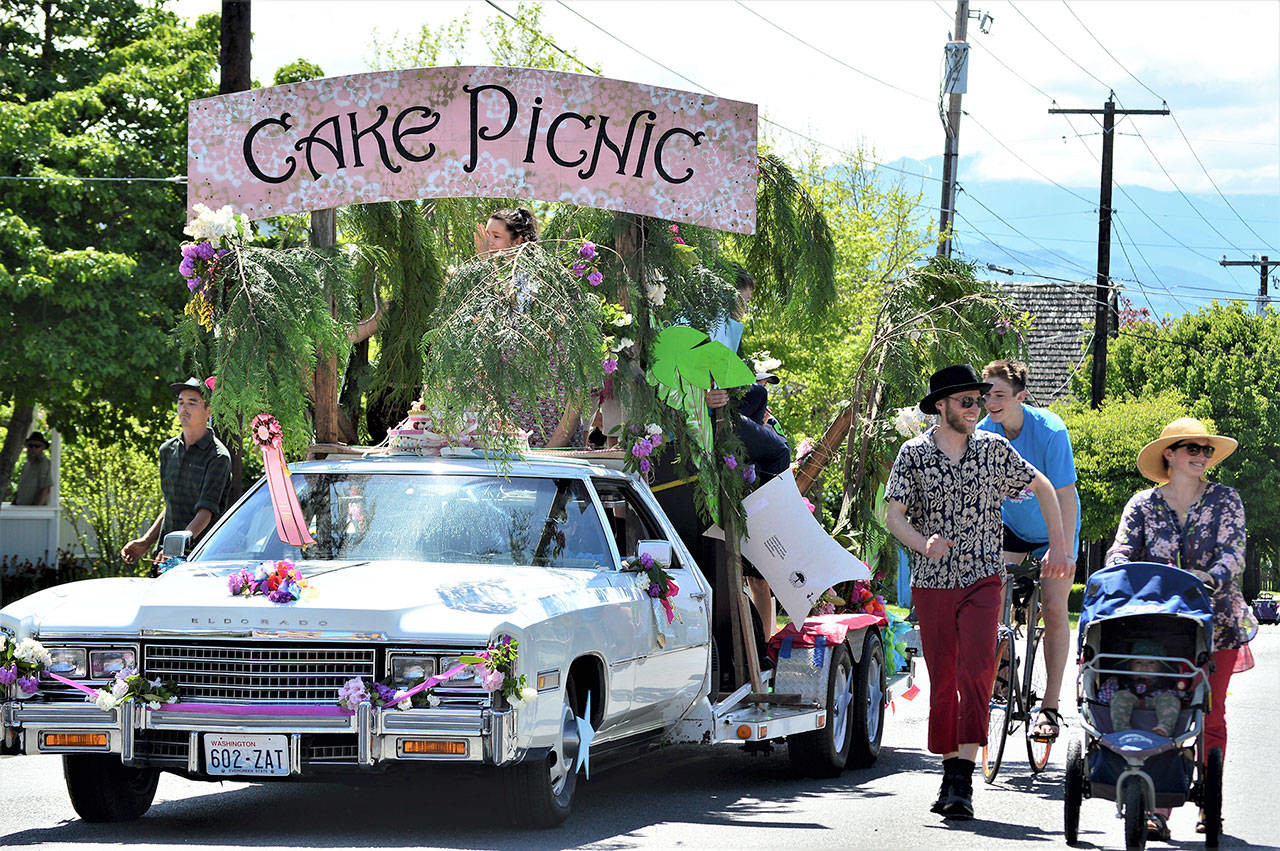 This is dessert — the ninth annual Cake Picnic — for the 85th Rhododendron Festival Grand Parade, now rescheduled for noon Aug. 14.

Uptown’s East Jefferson Fire Rescue station, at Lawrence and Harrison streets, will be the starting point for a procession unlike any Rhody parade in history.

For one thing, the fresh rhododendron blooms of May won’t be prominent on the 2021 floats, said festival president Lori Morris. The organizing committee is yet undeterred.

So far, 28 applications have come in — about a third of the number in past parades held in May. She hopes for many more before the Aug. 9 deadline.

Prospective 2021 entrants will find applications at www.rhodyfestival.org while information is available by emailing rhodyfest@gmail.com.

Missing: marching bands. School’s out for summer, so Hubbard and Morris are wondering who might bring the brass and drums.

“We’re not doing any judging this year,” noted Morris; “this is more to have fun,” in the community’s first big public celebration since the onset of the pandemic.

Danny Milholland of the Production Alliance, host of the Cake Picnic at 2 p.m. on parade day, plans on an inclusive party at the Pope Marine Plaza at Water and Madison streets.

“We usually serve about 2,000 slices,” free to all comers, he said, adding the baking team has at its fingertips a resource not present at previous Rhody parades.

“We’re super excited to have in-season and local berries to work with this year, because the event is in August,” said Kellen Lynch, who spearheads Cake Picnic production.

“We’re really excited to come back together and celebrate,” added Milholland, who, with his wife Meredith, dreamed up the Cake Picnic in 2013.

“We’re not through the pandemic yet,” he said, so the picnic will have safety practices including hand-washing stations and mask wearing.

“Last year we scaled way back,” encouraging Port Townsend residents to bake cakes at home and “party in place” as the Cake Picnic Cadillac cruised around town.

This year it will return to its post at the tail end of the Rhody Parade. The 1978 El Dorado owned by the Krabill family will be in full flower, Miholland said, adding the parade and picnic are pretty much the car’s sole purpose these days.

“We’ll have face painting, bubbles — it’s a family affair. Everyone’s invited. Elders, youth, everybody,” as the 2021 picnic will spread out on Pope Marine Plaza, he said, for a larger footprint than in past years.

The free Cake Picnic happens thanks to the volunteer bakers, donations from the public and, Milholland noted, a Spark Joy grant from the Jefferson Community Foundation’s Better Living through Giving circle.

“We want to do a community portrait as a closing ceremony,” he said.

With no carnival, Morris added, the parade and the Cake Picnic are the only Rhody Festival events possible in 2021. The carnival provides revenue for the festival, so the organizing committee — a slimmed-down group — has put together just the parade.

“We’re lucky we’re getting to do that,” Morris said, since the following week, Rhody Queen Seebergoss will head off to college.

“In Blue Skies, Out Grey Skies”