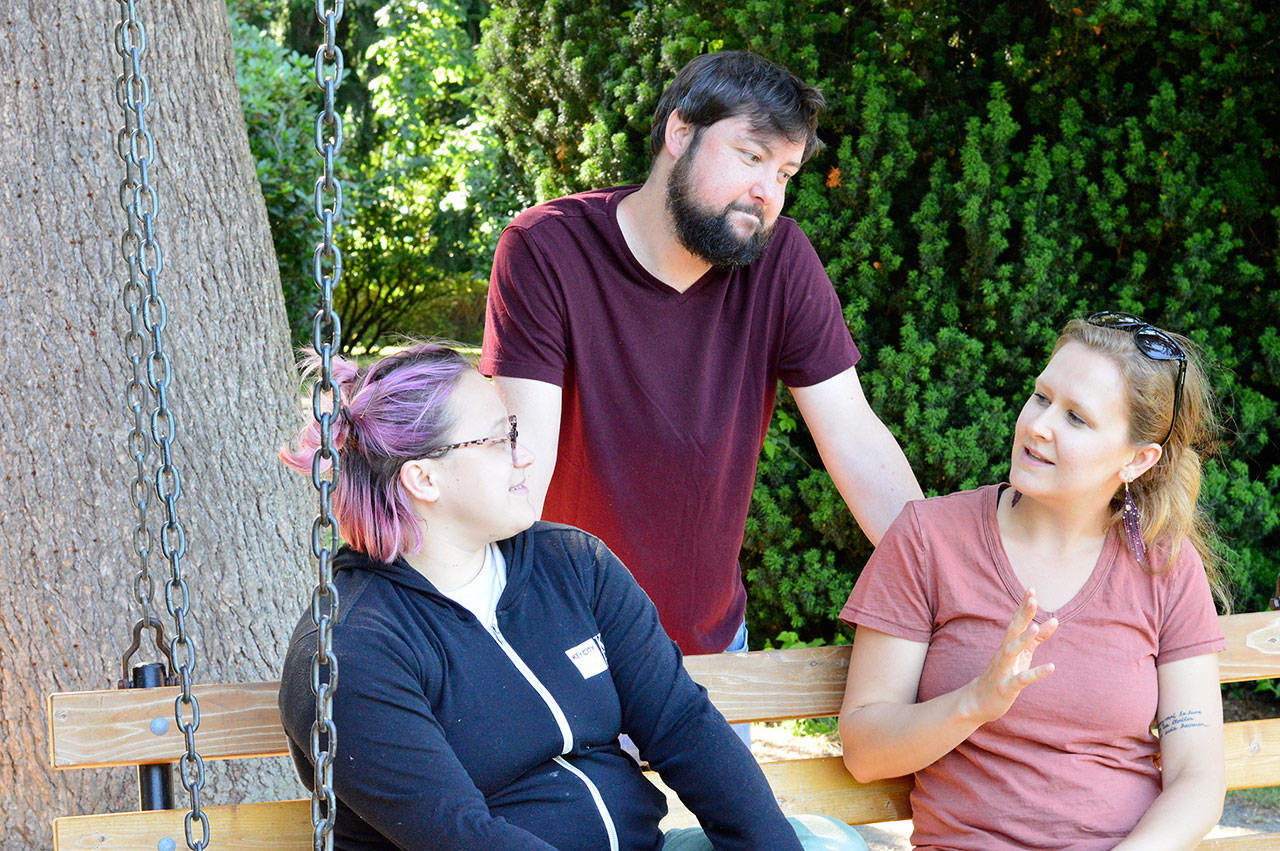 The playhouse at 419 Washington St. has been under renovation for more than a year now, with Winter and her crew hoping to reopen for a holiday show this year and a season of plays in 2022. Meantime, work with contractors and vendors — on new seats, air conditioning, electrical, plumbing, touchless fixtures — devours Winter’s days.

“When all is said and done, this is about a half-million-dollar project,” she said.

On Friday, she at last got to talk about the giant piece of good news: KCPT’s $176,500 award from the Murdock Charitable Trust based in Vancouver, Wash. The trust was established by the late Melvin J. “Jack” Murdock, co-founder of Tektronix, Inc.

To win this kind of grant, Winter said, her nonprofit theater had to prove its abundant community backing.

The story of the Murdock money started with an exchange between Winter and one patron, who back in 2019 called to ask how to help fund a new heating, ventilation and air conditioning system. The playhouse has been too hot or too cold for too many years, and some attendees have come once and never come back, Winter said.

Teaching artists Bry Kifolo, left, Brendan Chambers and Maggie Bulkley will lead two youth theater workshops — one for 8- to 12-year-olds and one for 13- to 17-year-olds — in Quilcene next month. (Diane Urbani de la Paz/Peninsula Daily News)

Working with sponsor Frederickson Electric, Winter got a bid for a new HVAC system, and let the would-be supporter know.

“The patron wrote back and said, ‘I’m going to fund it all.’ I was just floored,” she recalled.

The donor, who asked to be anonymous, was the first in a series who’ve altered KCPT’s future.

With the advent of the COVID-19 pandemic, gathering spaces across the world are looking to install new HVAC systems to provide cleaner air. KCPT, at the same time, has reconfigured its interior, to make more room in the playhouse and offices. This meant more rent.

“I said out loud one day: If I could just get a donation, to pay rent for that office space, we’ve got this,” she remembered.

The next day a donor walked in the door with an estate gift, which she set aside to pay office rent for the coming year.

Winter then began asking supporters for donations to fund the replacement of the playhouse’s old, uncomfortable seats. KCPT then received gifts and naming sponsorships covering some $30,000 in costs.

By February 2020, Winter was ready to apply for a First Federal Community Foundation grant to further remodeling work on the theater’s cramped lobby, concessions and restrooms.

Then came the coronavirus. First Federal made grants primarily to human services organizations, turning KCPT down.

By midsummer, with the vaccination rollout underway, the saga began to change. The theater received $15,000 in CARES Act funding and, after Winter reapplied, $30,000 from the First Federal foundation.

All of this goes toward the makeover of the theater. At the same time, KCPT’s staff plans for reopening — and offers youth programs in Port Townsend and Quilcene. Artistic Associate Brendan Chambers and instructors Maggie Bulkley and Bry Kifolo teach classes for children and teens, replete with safety protocols. They hope to continue the workshops into the fall.

In November, Winter began the Murdock application process. A trust staffer advised her that KCPT had a chance to receive $175,500 if it could raise an equal amount from other sources.

Winter laid out her local support, applied for that amount, and got it.

There’s much more to raise, for remodeling and basic operating costs.

The new Key City Playhouse will be more spacious — and easier to keep clean — than in the old days, she said. The long shutdown gave the theater time to transform.

“Because our doors are closed, we can do a much larger project,” Winter said — “and now, it’s needed.”

A huge thank you to Bob Rosen as he moves on to new adventures after 18 years as manager of Quilcene Community Center. Your dedication, committed effort and fine newsletters will not be forgotten. Thank you for your service! ... See MoreSee Less

Give Jefferson is open for applications! All Jefferson County nonprofits and public-serving government agencies in Jefferson County that provide for basic needs are invited to apply by August 25th. To apply, go to: www.grantinterface.com/Home/Logon?urlkey=jcfThere is a link to preview the questions in the comments!We're here to help! If your organization has any barriers to application, reach out! ... See MoreSee Less